Upfront a sewer was deviated out of the area of the underground car park by means of 86m of pipe jacking (DIN 1200) under the Station of German Rail.

The substructure with a length of 360m length consists of a two story underground car park and a storage siding for the subway underneath. The structures were built whilst at any given time three out of the five tracks of German Rail were in service. Thus German Rail tracks had to be deviated twice and island sites had to be managed.

The walls of the structure were built of single-leaf diaphragm walls (1,20m) and both vertical and inclined (O.D. 1,50m) intersecting bored piles. After excavation at the piles a facing concrete was applied. The restraint length of the walls in the ground necessitated diaphragm walls and bored piles with a length of up to 30m. Due to tight development around the site the top slabs could partly be concreted only in portions, because the road traffic had to be deviated several times. After dewatering of the trough structure, excavation was conducted in two stages. First it was excavated down to the second slab of the car park. After this slab was concreted, excavation down to the base plate was done. During that excavation in part horizontal temporary strutting was installed between the tunnel walls to support the structure for lateral earth pressure.

The tunnel structure stands rectangular to the ground water flow. In order to balance the water levels up and downstream five pairs of shafts were built from bored piles outside the structure and connected with pipes running through the slabs of the car park.

- Engineer, contract administration and quantity surveillance for structural and

Photos below:           Inclined bored piles next to existing buildings

Boring piles on the island site between tracks of German Rail 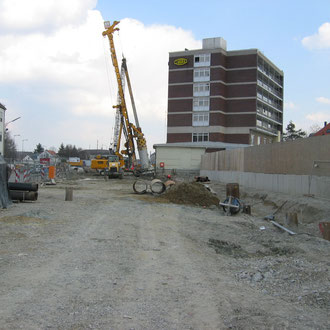 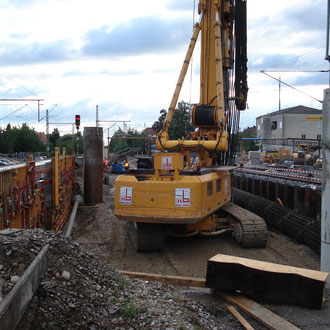 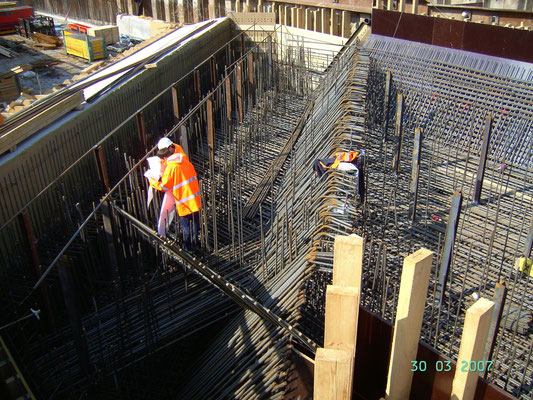 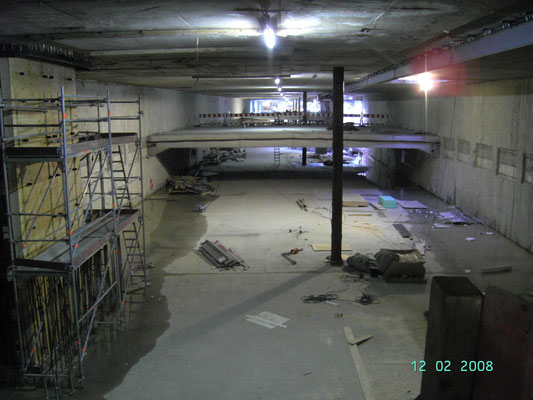 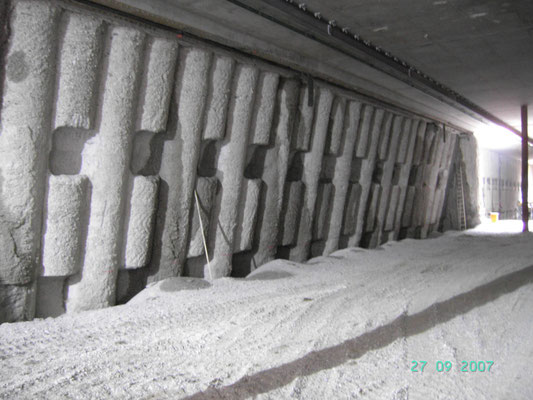 Photos below:            Core drilling through diaphragm wall for piping of ground water shaft 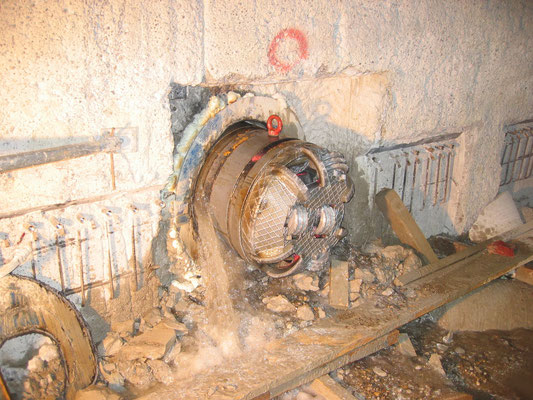 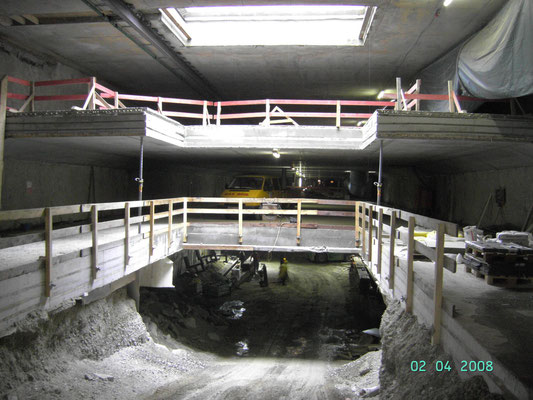 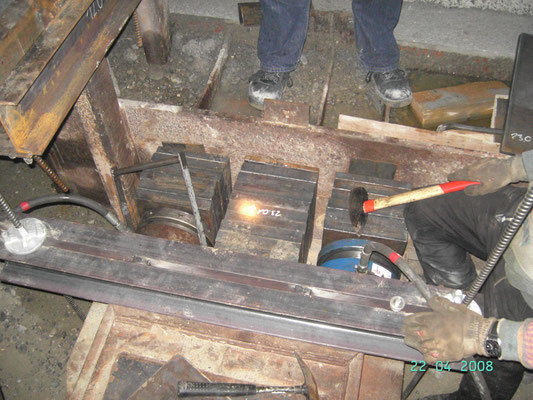 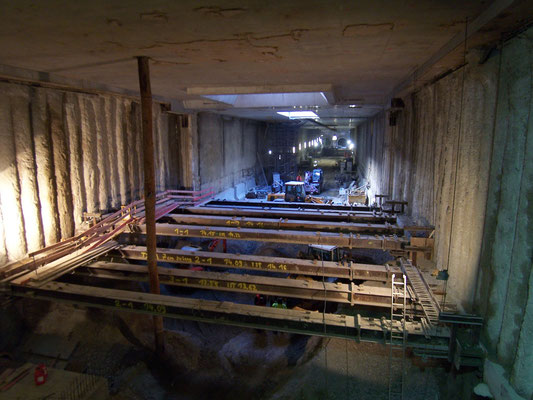 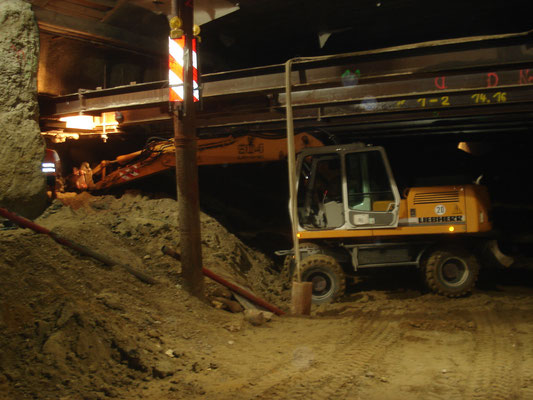 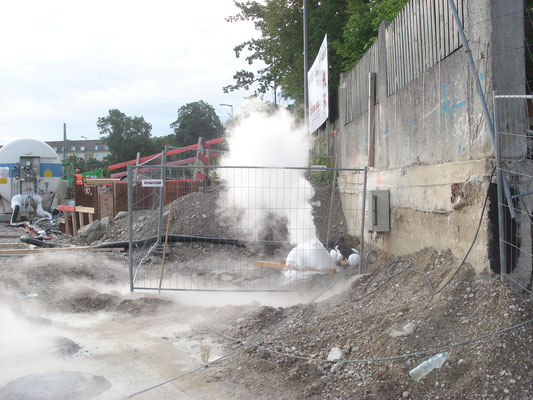 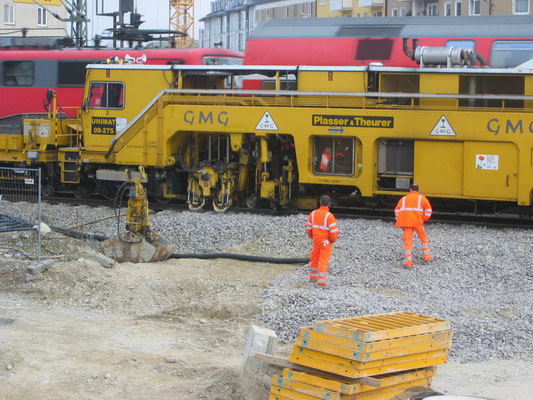 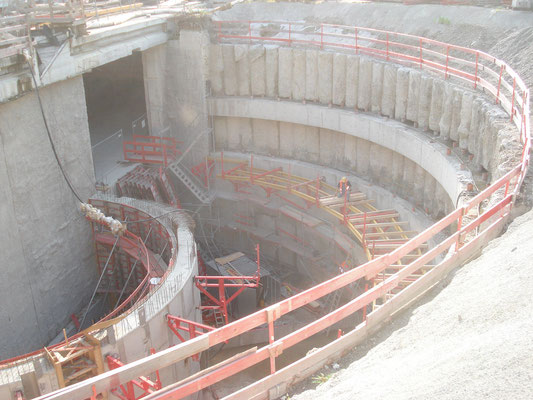 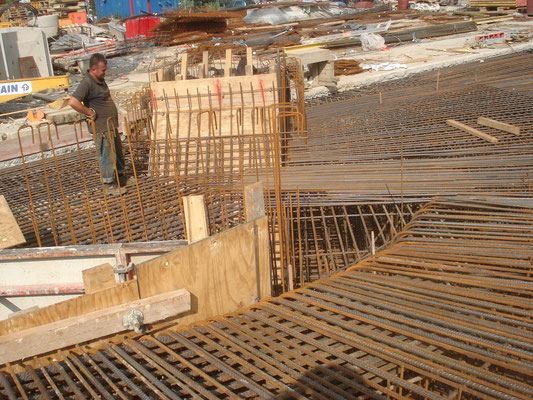 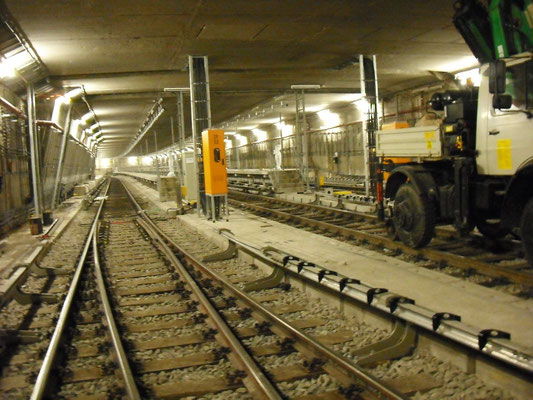 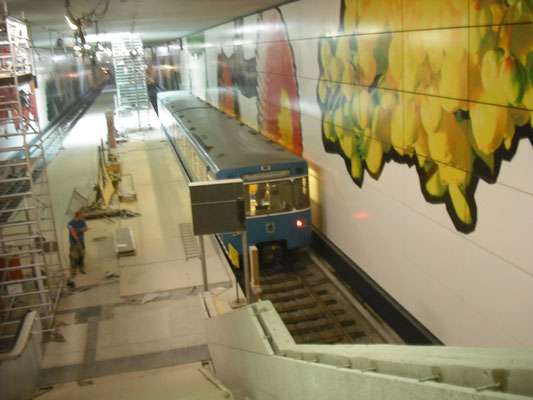 Construction of the station "Garching Forschungszentrum" with adjacent lines

- Check of the final invoice of the VOB-Contract

- Assessment of variations and claims

and an extension of time / disruption claim at court 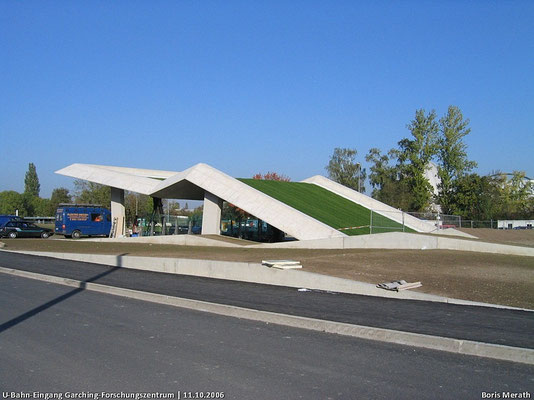 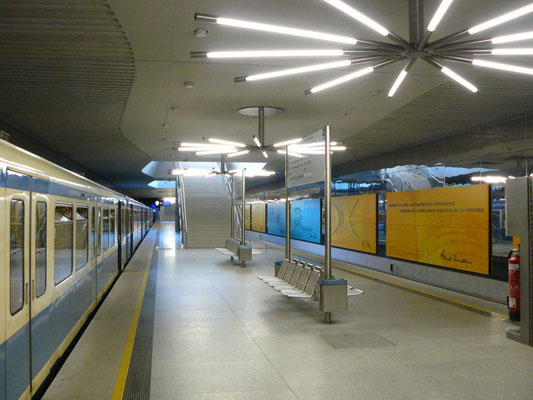 - Check of the final invoice of the VOB-Contract

- Assessment of variations and claims

- Preparation of an extrajudicial agreement on a disruption claim

- Assessment of owner's entitlement to rectification works of contractor regarding

leakages at the single-leaf diaphragm walls